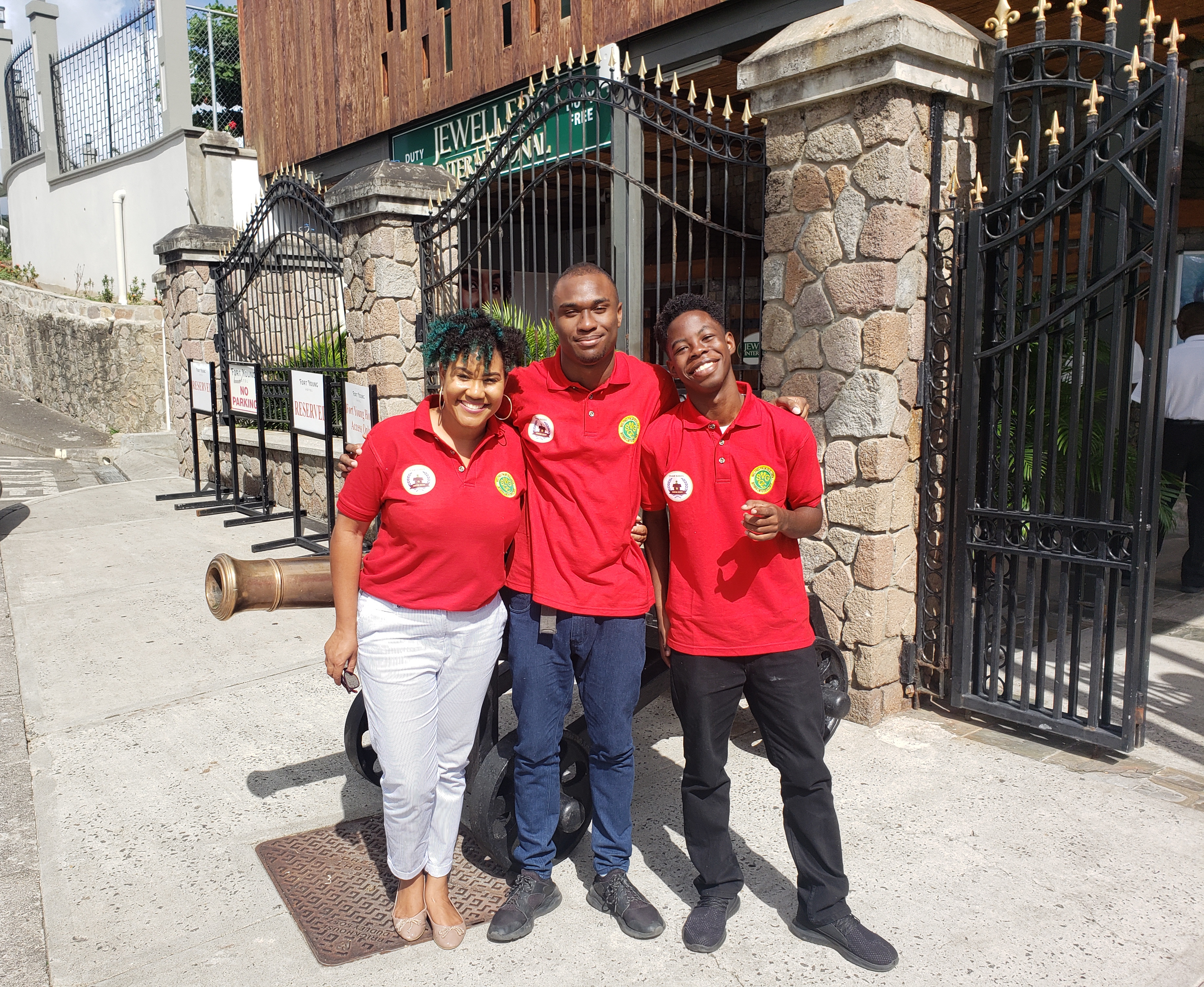 The St. Vincent and the Grenadines Community College (SVGCC) has advanced to the finals of the 2020 Windward Islands Debating Competition (WIDC) currently underway in Roseau, Dominica. The SVGCC defeated two-time champion and home team Dominica State College, 526-469, in the first round of the competition on Friday 6th March, 2020. Deaney Gellizeau and Zachary Richards of the SVGCC propositioned the topic “It is the Responsibility of Youth to Lead the Climate Change Action”.

Team coach and lecturer B. Tedra Kirby, who took on the role of coach in late 2019, expressed her satisfaction in the team’s first-round victory by stating “The boys represented the College and the country very well earlier today and it has truly been a pleasure to witness them hone their debating skills. They have been committed to the process since day one and getting through round one is evidence of that. Overcoming the first hurdle is good; however, we know the work here isn’t done. We now have a final to prepare for and we certainly intend to present a very strong challenge to our opponents”. Gellizeau and Richards would compete against debaters from the T.A Marryshow Community College of Grenada, and would oppose the topic “The Lack of Youth Involvement in Local Politics is a Direct Result of the Political Culture of the Region”.