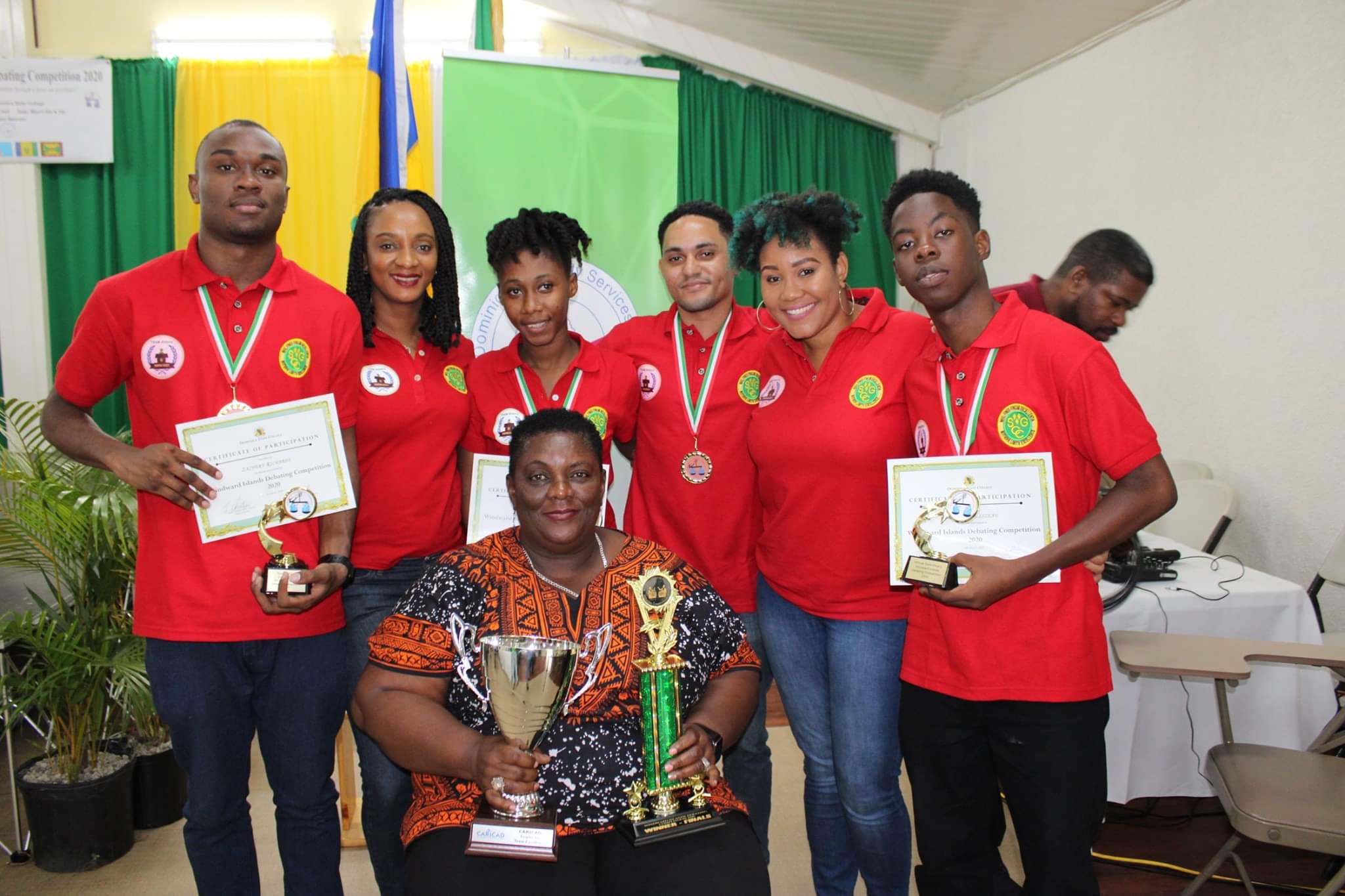 The St. Vincent and the Grenadines Community College (SVGCC) emerged as champions of the 2020 Windward Islands Debating Competition (WIDC) held this past weekend in Roseau, Dominica.

The SVGCC, which advanced to the finals after defeating Dominica State College, dethroned defending champions T.A Marryshow Community College of Grenada. Debaters DeaneyGellizeau and Zachary Richards opposed that topic “The lack of youth involvement in local politics is a direct result of the political culture of the region”, and walked away with a 399.5 - 381.5 victory over their rivals.

Director of the SVGCC, Nigel Scott, commented on the school’s victory by stating “I am really very pleased with the efforts of the team in this year's debate. Their preparation was excellent as evidenced by their performance and they executed well. They have truly done us proud." His sentiments were echoed by SVGCC Deputy Director and local WIDC Chairperson, Eula Adams, who stated that she was extremely proud of the team’s effort and was happy to witness it live in person. Adams also took the opportunity to remind students that nothing limits excellence, after which she commended the efforts of coaches B. Tedra Kirby and Juno Laborde-Maloney. She expressed that she is confident that with them at the helm of the SVGCC’s Debating Society, it will experience even more success. Team SVGCC was also awarded the Caribbean Centre for Development Administration (CARICAD) “Team Excellence” trophy, which was awarded to the team that best exemplified the values of the competition. This is the first time such an award has been given. Each debater will also receive a smart watch as part of their winnings.

The college takes this opportunity to acknowledge the support of the Ancient Order of Foresters Court , the National Lotteries Authority and Mr Dennis Gaymes, as well as the support of staff, students and friends of the SVGCC.

The team returned home on Sunday March 8th 2020 at 1pm. Casey DeFreitas and Haronese Collins were also part of the delegation.